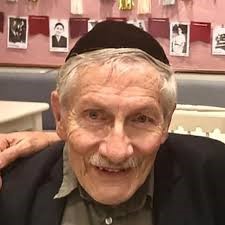 SOLOMON E. LEVIN Professor of Pediatric Cardiology Mentor to Avroy a Fanaroff and Aubrey Milunsky class of 1960 University of the Witwatersrand
Avroy Fanaroff and Aubrey Milunsky wrote: It is with deep sadness that we learned of the death of Professor Solomon E Levin Professor of Pediatric Cardiology at the University of the Witwatersrand School of Medicine. He sadly succumbed to COVID 19. He passed away in July 2020, aged 91, a few days after his beloved wife, Cynthia, had died from the same disease. We are both eternally grateful for having had his friendship and mentorship.

Solly and Cynthia Levin Solomon Elias Levin was born in Johannesburg on 2 April 1929. He graduated from high school in Boksburg at age 15 and medical school at 20. He had to wait seven months until he was 21 to be permitted practice medicine. Solly, as he was affectionately known, was the ultimate Clinician Educator, before that term had even been coined. His knowledge was encyclopedic, matched only by his clinical acumen and judgment. He loved his work, enjoyed teaching and derived great satisfaction from watching his students grow and mature. When confronted by a difficult clinical problem, his excitement was palpable. He was also the most patient man I know. Nothing hurried or harried him as he devoted himself to his patients, teaching or sharing a cup of tea and chatting. ‘He specialized in Pediatrics before there were many sub-specialists and was an accomplished General Pediatrician. At Baragwanath he was part of a stellar team of Pediatricians that included Sam Wayburne, Harry Stein, Les Rabinowitz, and Monty Schneier who, with limited resources and overcrowded conditions, provided innovative, state of the art care and significantly reduced neonatal and infant mortality rates. Solly’s first love was cardiology. He devoted the latter part of his career to Pediatric cardiology. He qualified and was extremely proficient as a cardiologist. He adapted from simple auscultation, something he was very skilled at, to M Mode echocardiography (ECHO), which was very primitive, and then to the more modern echocardiograms, which made the stethoscope almost obsolete. He was appointed Associate Professor in 1974, and full Professor in 1978 His careful cardiac examination and the conclusions he came to, without the ECHO, is a lost art. He received many awards from the cardiology associations including a photographic portrait of him that is now affixed above the door of the Pediatric Cardiac Laboratory in the Johannesburg Hospital ‘in honor and recognition of a lifetime dedication to the establishment of pediatric cardiology in Johannesburg’.  In 1998, the Johannesburg Branch of the South African Heart Association gave him a portrait painted by Dr Gordon Hersman and a certificate in recognition of his service in the advancement of Pediatric cardiology. In the same year, the University conferred on him the title of Emeritus Professor of Pediatric Cardiology; and in 2002 he received an Exceptional Service Medal from the Wits Faculty of Health Sciences. 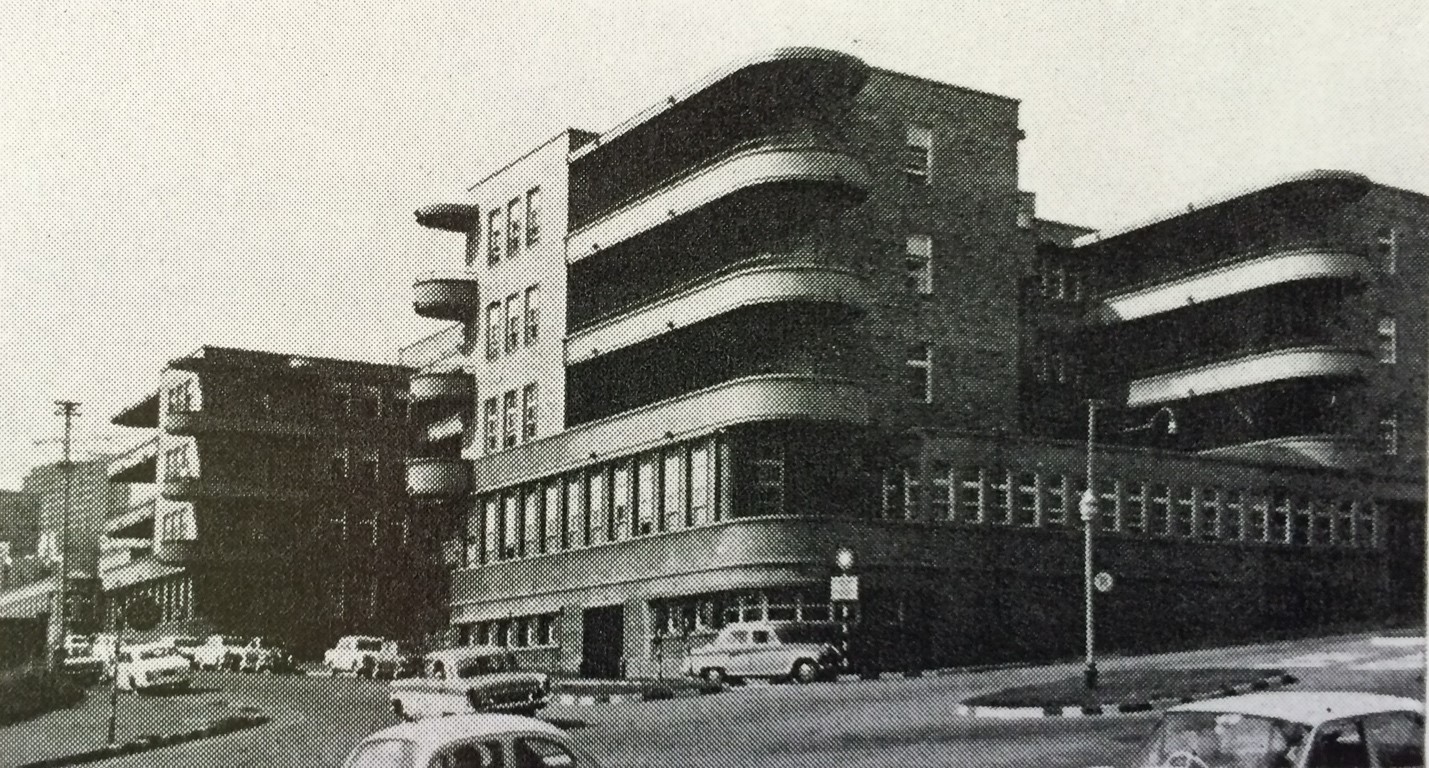 Avroy Fanaroff says: ‘I was interested in Neonatology, a new subspecialty – the term was first used in 1960. The babies at the Queen Victoria hospital (above) were under the obstetric resident’s service and care. We were also on call for difficult deliveries and problems. Solly and I examined every newborn at the Queen Vic and we discussed any anomalies, as he accompanied me over the road from Transvaal Memorial Hospital for Children (TMH). This helped launch my career in Neonatology as we jointly published on the significance of a single umbilical artery.   I will remember Professor Levin as a kind, caring, smiling, clinician who was always available for his trainees. He was a brilliant photographer with a huge collection of clinical photos. His son lived in Cleveland, where I live, so it was my pleasure to meet with him whenever he came to visit his son. Like all good mentors he was a close friend. His passing leaves a huge void but wonderful memories.
Aubrey Milunsky notes: It was with great sadness that I learned of Solly’s and Cynthia’s passing. I admired him as a teacher when I was a student, and as one of his residents in pediatrics at Baragwanath Hospital, I experienced first-hand the remarkable qualities of this very special man. Among his many virtues, was his deep concern for patients and colleagues alike. His sensitivity, thoughtfulness, kindness and understanding of the human condition made so many of us his ardent admirers. He was a true mensch.  He was a superb clinician. Not only did he have excellent clinical skills, but he was blessed with an impeccable bedside manner, showing empathy and sensitivity for the patients in his care. At his side, I learned and honed valuable clinical skills I still use today. He was a mentor in every sense of the word. When I approached Solly with the plan to study babies suffering from cold injury [Sclerema], his encouragement ultimately led to my first set of published papers. When, as a young physician, I shared with him my plans to also become a specialist pediatrician, his support overcame my concerns about the costs and risks involved. The seeds of inquiry and the clinical skills he imparted, helped so much in my career as a successful Pediatrician and Geneticist.   I remained in contact with Solly for over 60 years. I was able to share with him his important influence on my life and thank him personally.  I acknowledged his influence on me in one of my books as follows: ‘Solomon Levin taught me the basic and finer points of Pediatrics and Pediatric cardiology. … By example I learned from him humility, sensitivity, and the benefit to the child of a reassuring voice and hand’. I mourn with his family the passing of Solly and his devoted wife Cynthia, but also celebrate a life lived with such meaning.   Other tributes from his former students, colleagues and friends included: Professor Peter Thompson wrote: ‘Solly taught thousands of Wits medical students, and mentored many paediatricians, especially paediatric cardiologists. His all-round ability in paediatrics was legend - he was simply the best! But more than that, he was the ultimate mensch.’ Read an obituary of Solly by Professor Thompson here: https://www.sajr.co.za/news-and-articles/2020/07/30/the-heart-of-a-child Bernard Kaplan a Wits graduate and Emeritus Professor of Pediatrics, Perelman School of Medicine, University of Pennsylvania, Former Director of Pediatric Nephrology at Children’s Hospital of Philadelphia, Stated,  ‘He was one my greatest teachers and inspired generations of pediatricians who went onto leading roles all over the world.’ Daniel M Cohen said: ‘My exposure to Prof Solly Levin was limited to my student days and a short stint at TMH... He was an inspiring teacher and consummate clinician. He had a distinctive presence and a booming voice. He steered me in some measure to Congenital Heart Surgery.’ His colleagues in the South African Heart Foundation wrote ‘A giant of a man who loved teaching and whose knowledge knew no bounds. All paediatric cardiologists in South Africa and beyond our borders are indebted to him for his contribution to the sub-speciality.’   And a patient, Danelle Strydom wrote
‘I owe my life to this amazing man. For the first 13 years of my life I was under the impression that he was the grandfather that we visited once a year to make sure I still had a healthy heart that he had fixed for me. I will forever be in grateful. It’s thirty-three years after my surgery that "Oupa Solly" performed and my heart has not given an ounce of trouble again.
Tribute to Solomon E Levin (1929 – 2020) Professor of Pediatric Cardiology Contributed by Avroy Faneroff and Aubrey Milunsky Edited by Geraldine Auerbach MBE., London September 2020.
WitsUSA